The PR.XIX was the last of the photo reconnaissance Spitfires to see service. It was powered by the the 2050hp Rolls-Royce Griffon engine and was essentially the PR version of the Mk.XIV with the guns removed. This type saw service in the later days of the Second World War and was used by the RAF in Malaya. It was retired from RAF service in 1957. A total of 79 examples were built between November 1944 and May 1945.

This PR XIX bears the serial number of PS 888 – the last operational Spitfire sortie by the Royal Air Force from RAF Seletar in Singapore.   Coincidentally, what used to be RAF Seletar is a stone’s throw away from my old workplace as a conscript.

The model has been gifted to my art teacher from Raffles Junior College. 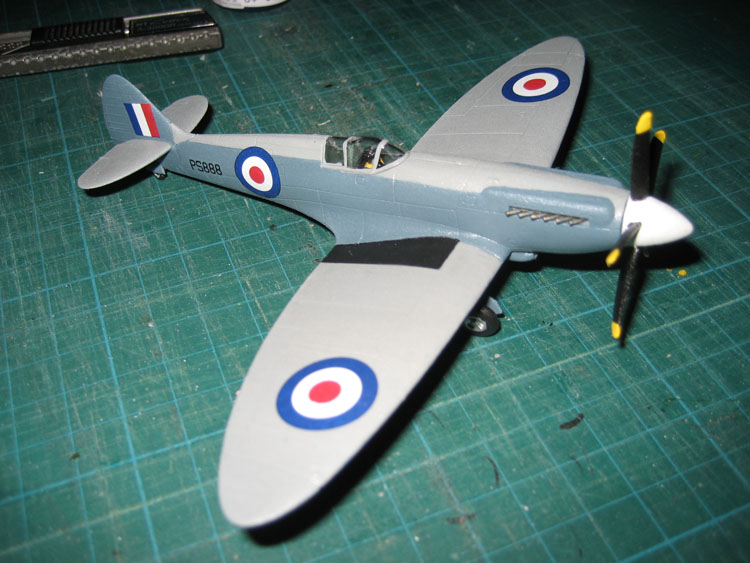