Developed and built by North American Aviation in just 117 days, the P-51 Mustang rapidly evolved into one of WWII’s most revered fighter planes. British and American pilots alike praised the P-51 for its dynamic dogfighting agility and the deadly firepower of multiple .50-caliber M2 machine guns. Countless historians and aviation experts consider the P-51D to be the definitive Allied fighter plane. The “D” variant was powered by the supercharged Packard V-1650 engine and featured six machine guns (instead of four), as well as a bubble canopy for improved visibility.

This model was a bargain bin find but the decals were aged too much and impossible to use due to excessive ‘flaking’.  The kit was given the signature chrome silver and metallic blue paint scheme before the decal problem was identified.

Eventually, the “Old Crow” decals were spares obtain form an Academy 1/72 P51-B kit to complete the model which explains the decal’s positional and dimensional inaccuracy. 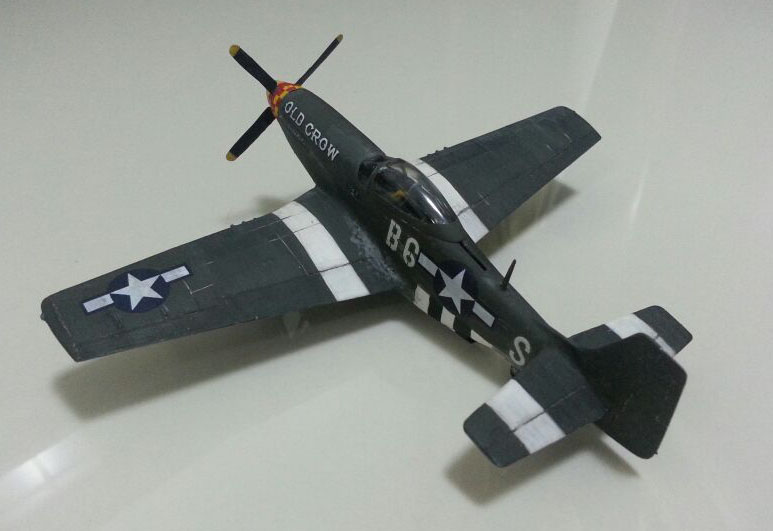 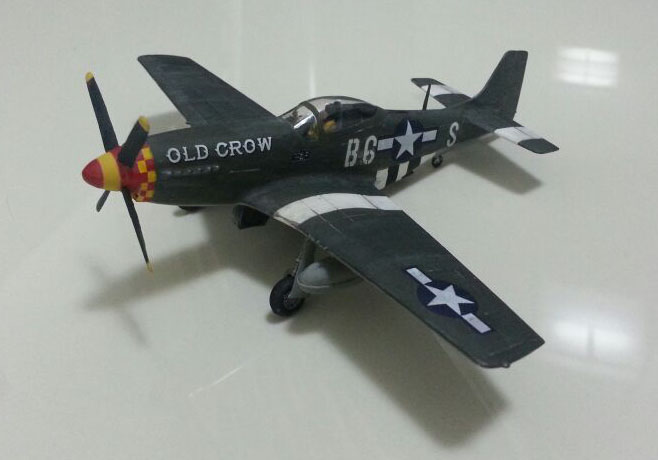 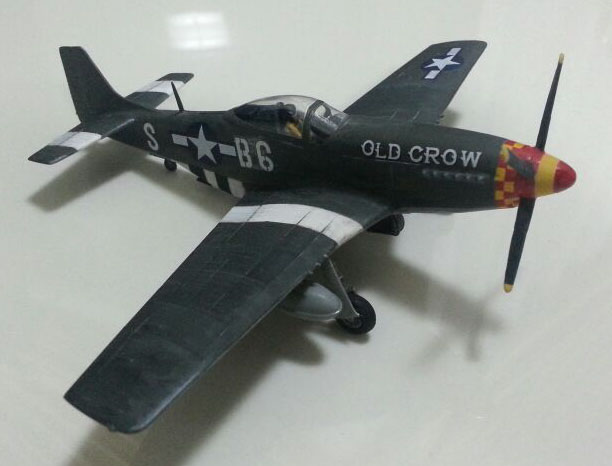 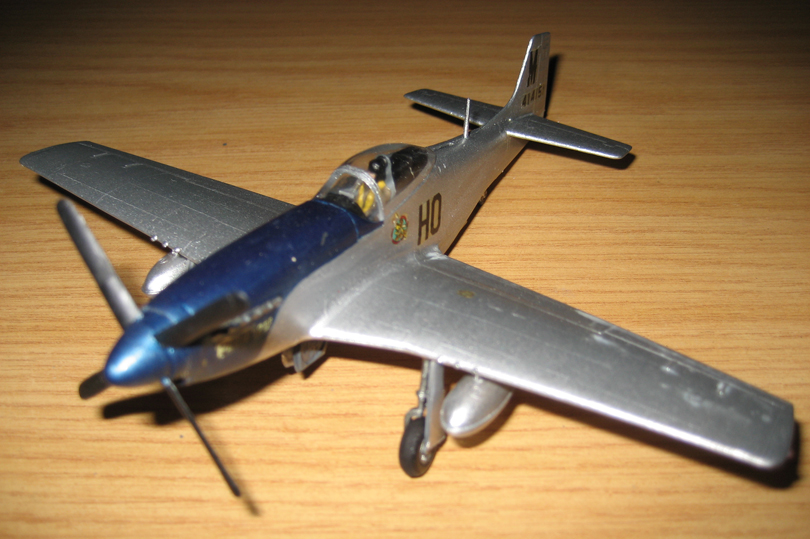