Category : 1/72
Some images of my model were acquired from Spruecutters.com’s coverage of the event as a result of being outstation.

The Mitsubishi A6M Zero was a long range Naval fighter aircraft that formed the backbone of the Imperial Japanese Navy’s Air Arm throughout the Second World War.  Blessed with exceptional manoeuvrability, as well as long range, the Zero proved to be the best carrier fighter aircraft in the World when it made its debut in China in 1940, and then again in the opening stages of the Pacific War against the United States.

The paint scheme for the tail end fuselage has been painted to reflect the correct Mitsubishi paint scheme.  This model was also submitted on my behalf by the owner of Hobby Bounties for the National Airfix Aeronautical Model Engineering Competition 2013 as serial number ‘1’ but failed to earn any accolades. 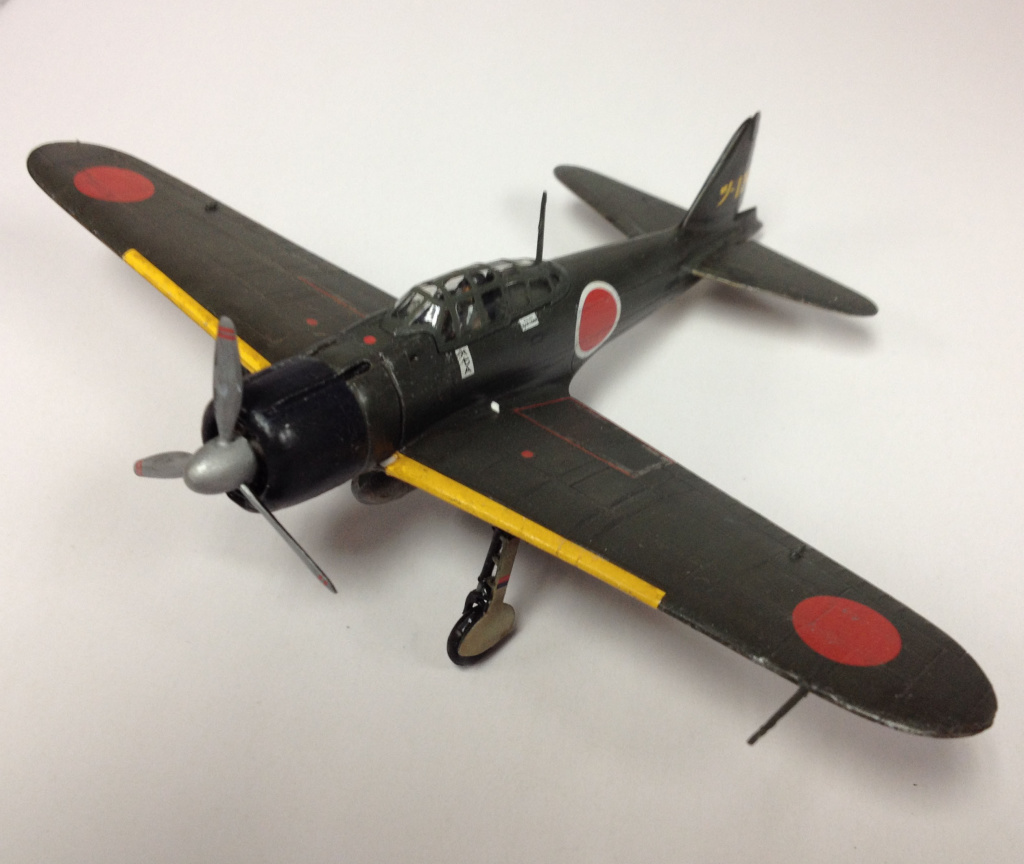 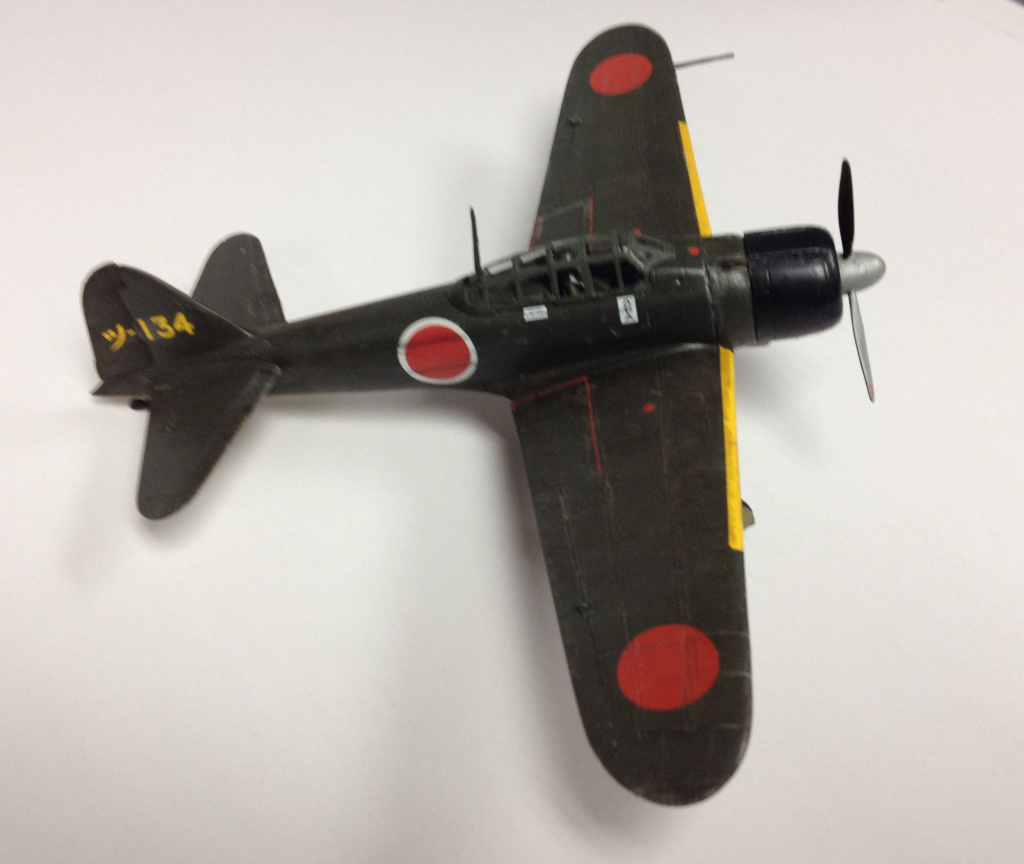 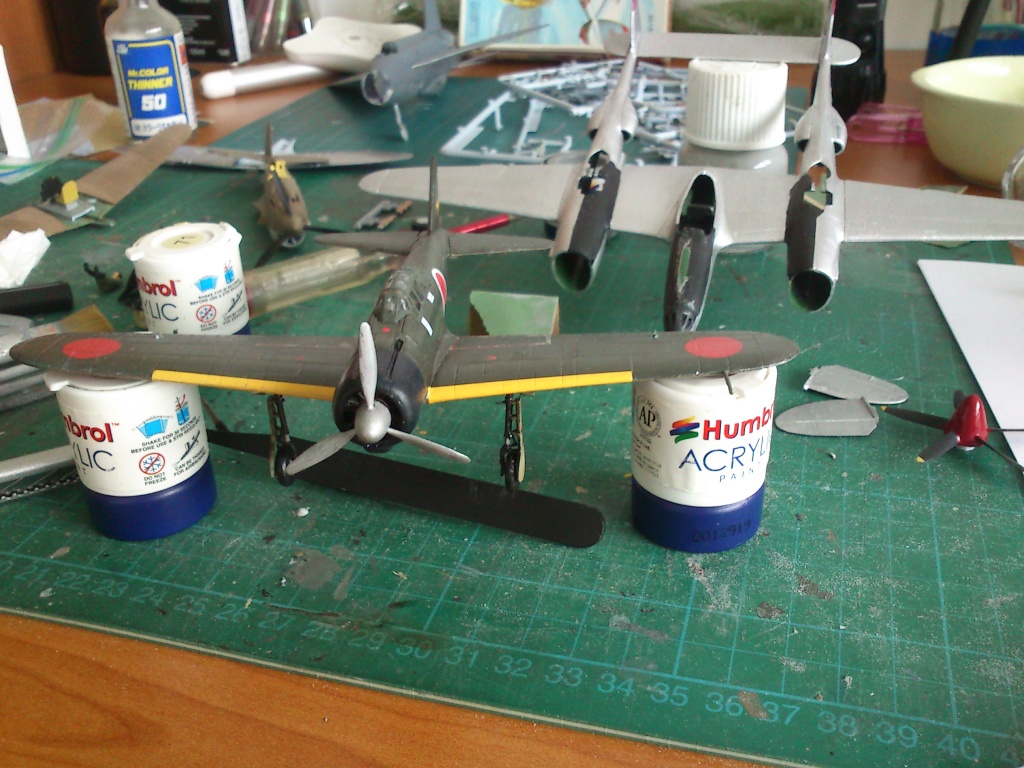 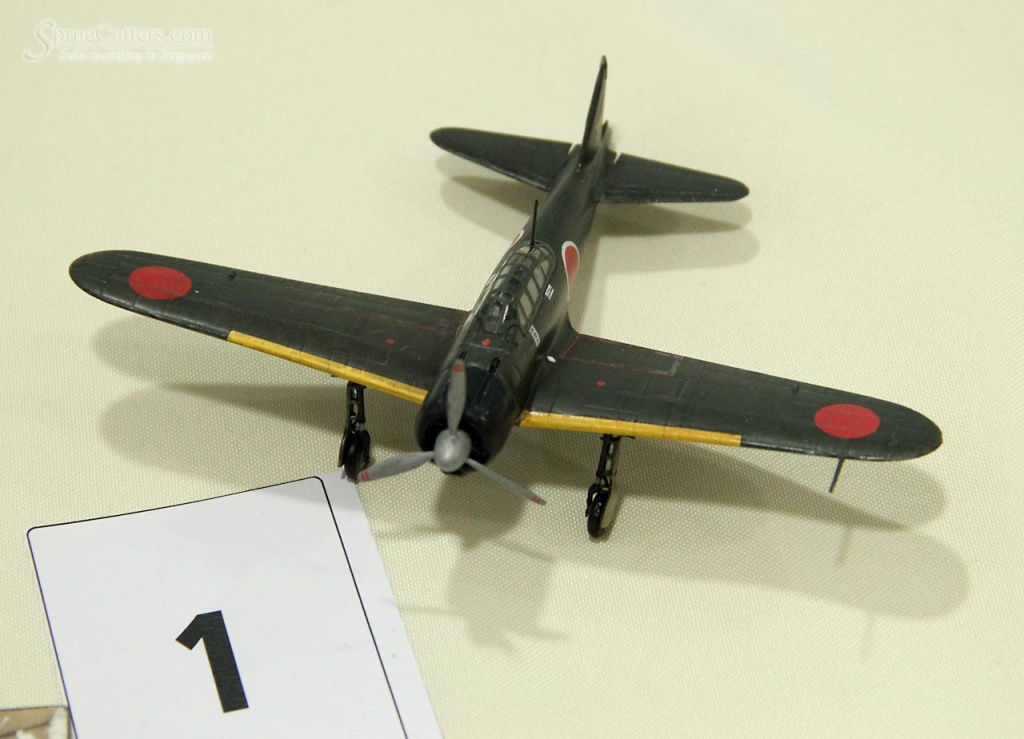 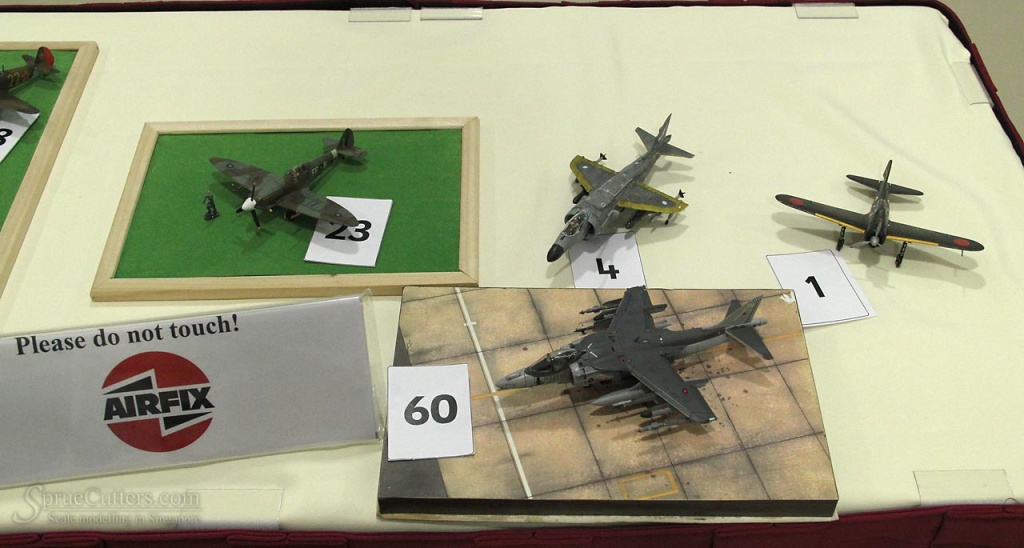