The Hawker Hunter is still one of the most elegant jet fighters ever to have been developed, a genuine legend. It went into service in large numbers with the Royal Air Force from 1954 onwards and was a popular aircraft with many aerobatics units. The prototype flew for the first time in 1951 and two years later set the ultimate speed record. The Hunter is known for its simplicity of operation and its stable flying characteristics, making it the favourite of every pilot who has ever flown it. About 2,000 Hunters have been built; they were in active service with 18 different air forces. During the nineteen fifties and sixties the Hunter was known by the RAF and NATO as the “watcher of the skies”. The last Hunter did not go out of service until 16.12.1994, a splendid tribute to the capabilities of a magnificent aircraft.

The Republic of Singapore Air Force was once an operator of the graceful Hawker Hunter.  The free admission public display located at Paya Lebar Airbase has static displays of 2 Hunter air frames. 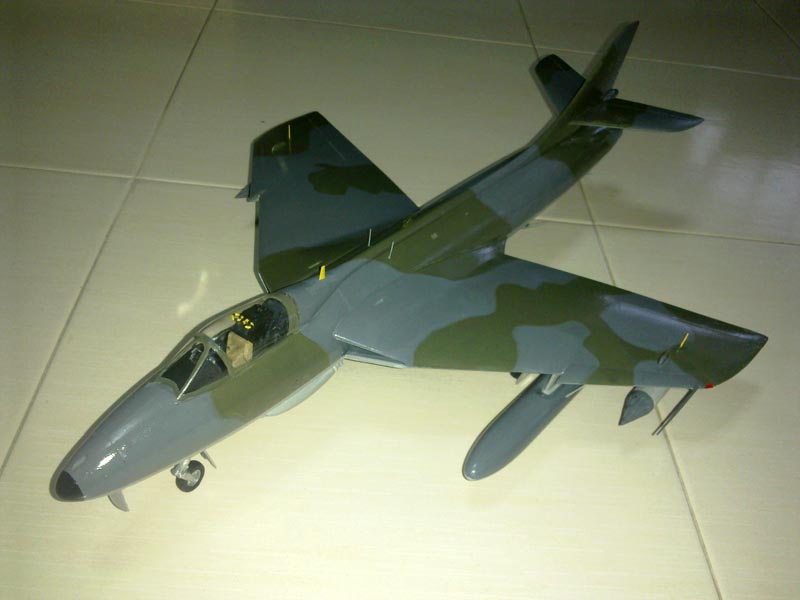 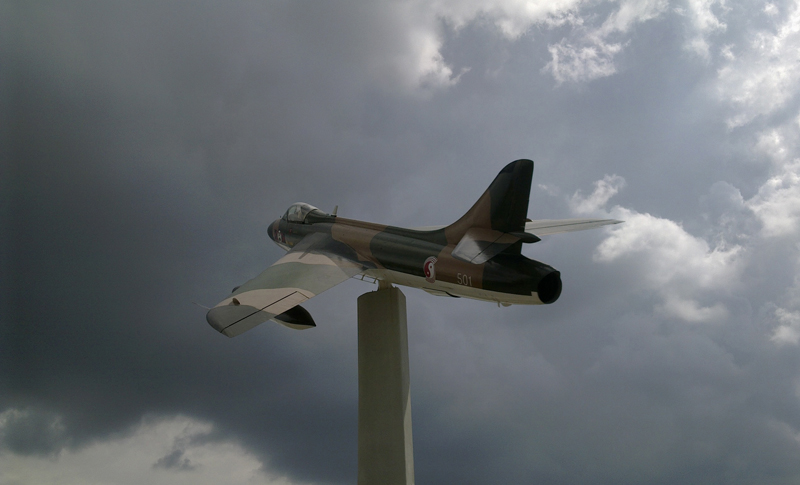 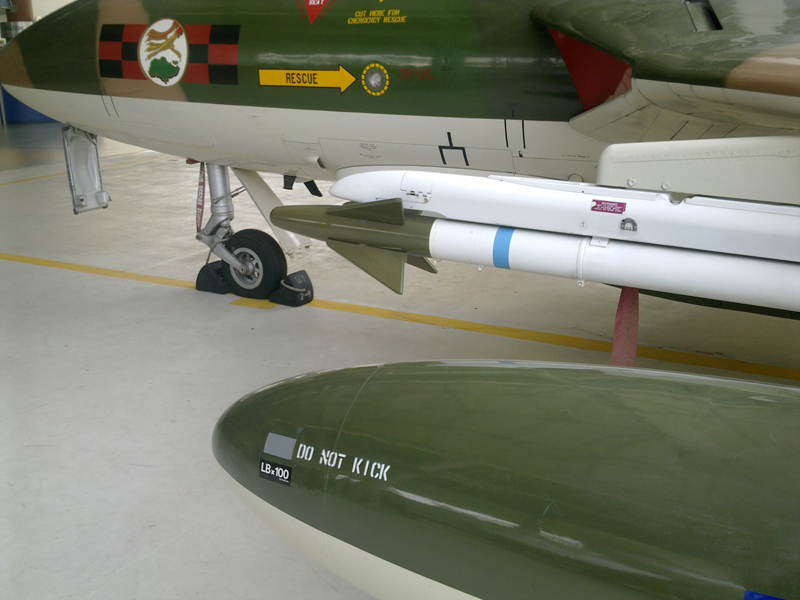 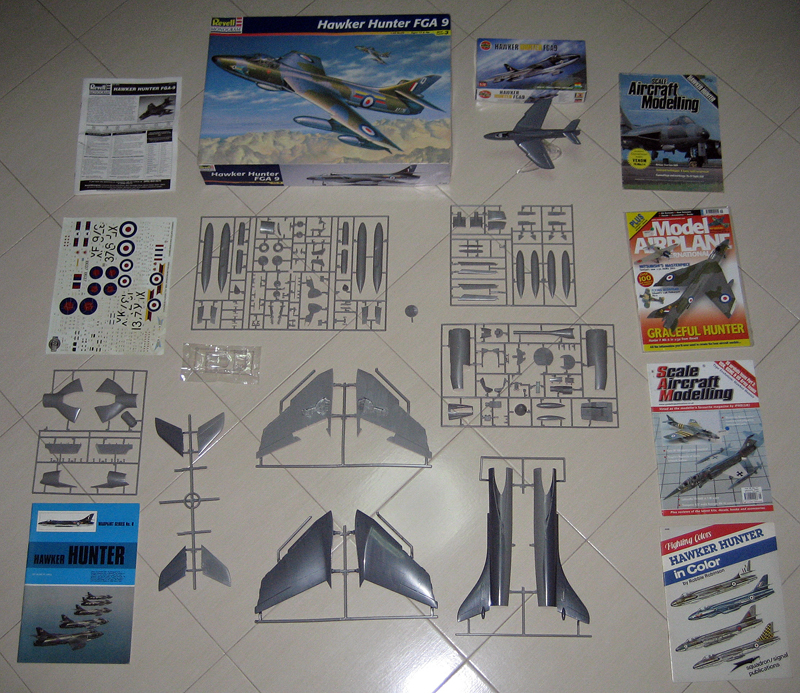 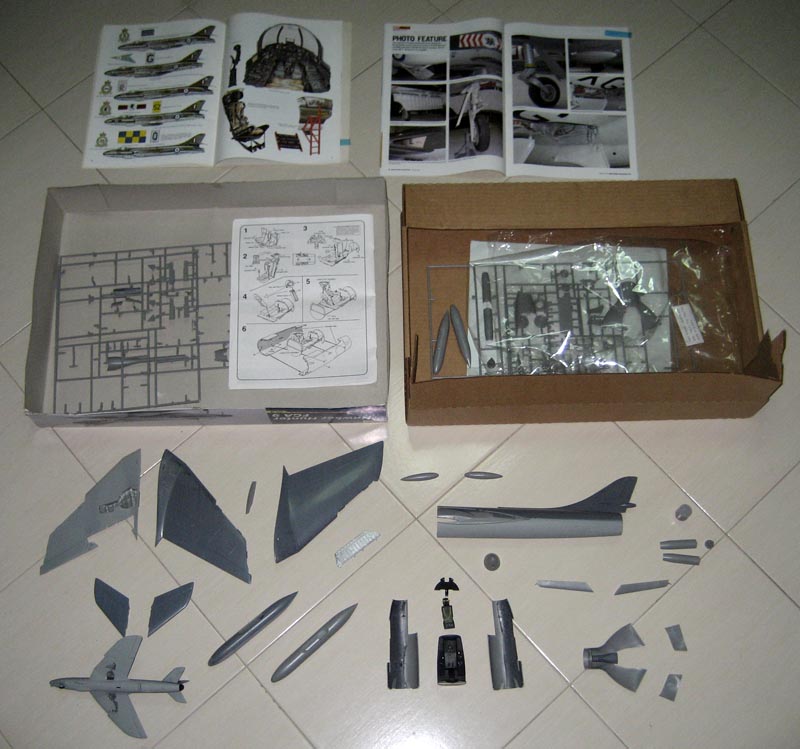 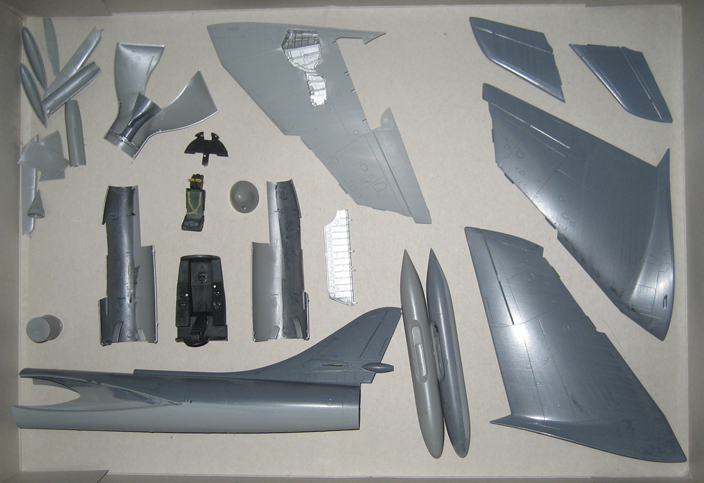 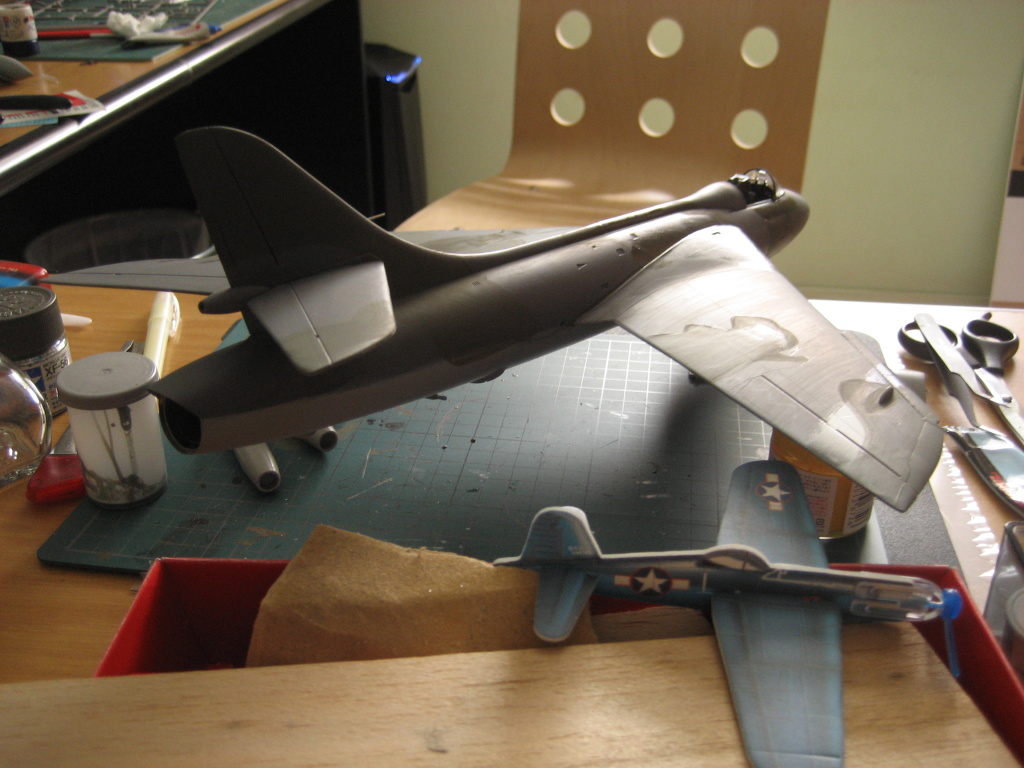 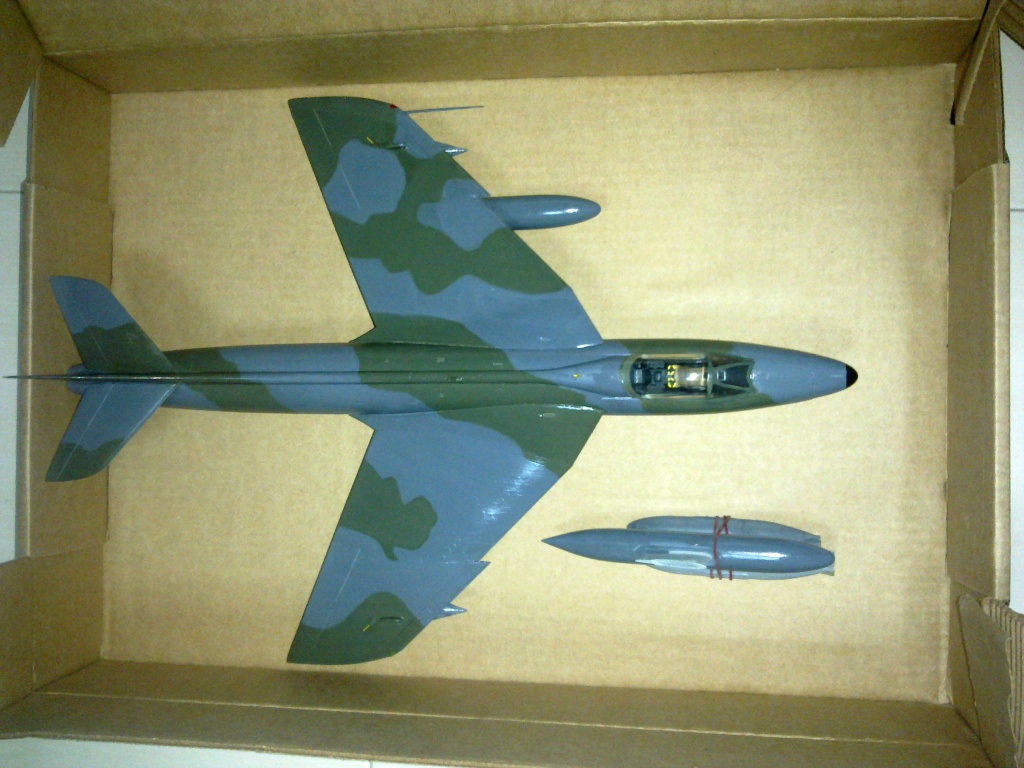 External fuel tank and rocket pods on the starboard side were damaged during transportation. 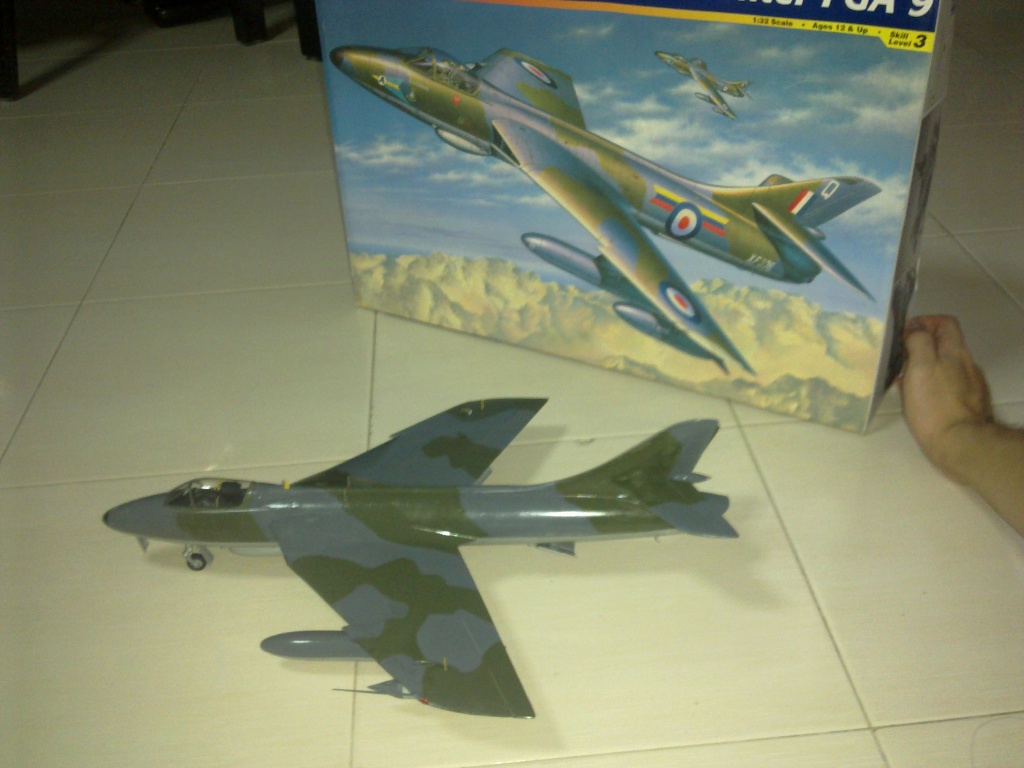