One Flew Over the Eagle’s Nest

I was formerly the Administrative Executive of the student corps of the Raffles Institution Red Cross Youth (Batch 53) before graduating and was tasked with this a motif and t-shirt design (being one of the few  ‘artistically inclined’ student leaders). 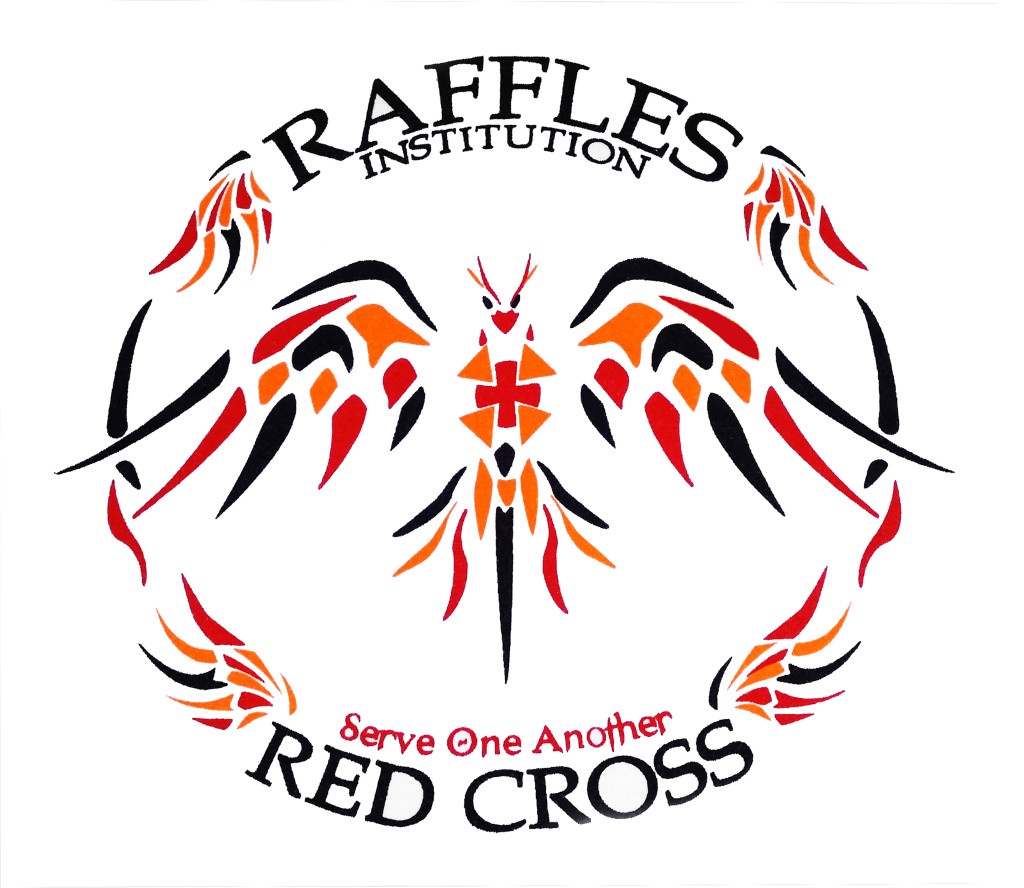 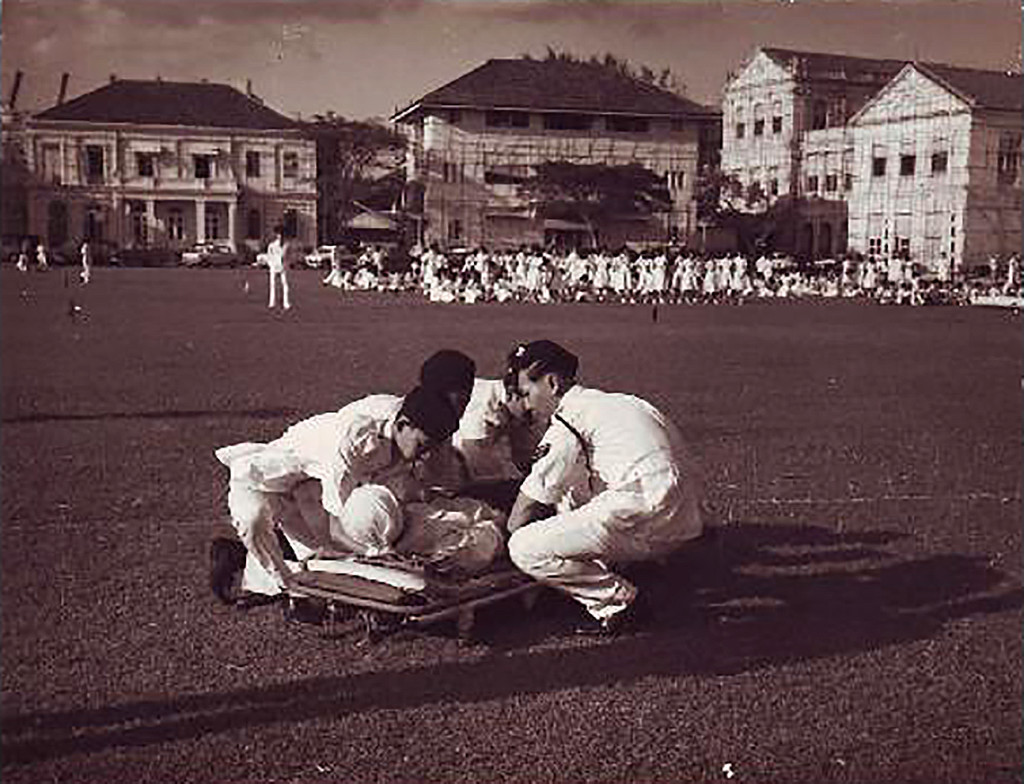 This picture below from the Singapore Red Cross photo archives documents a First Aid demonstration during the 1966 World Red Cross Day at the former Bras Basah campus (currently Raffles City).

With the passage of time, new rules and organisational re-structuring have led to new rules and regulations.  The Singapore Red Cross explicity forbade the use of the ‘red cross’ motif outside of officially sanctioned designs like the Red Cross Youth banner logo on the right. Thus older designs like the one of the left featuring two gryphons conceived in the early 90s were phased out.

Hence the quest for a new visual identity to distinguish Raffles Institution from Red Cross Youth groups from other schools:

i. To avoid the usage of the ‘red cross’ – a cross motif taking inspiration from old WWII medals was abstracted.

ii. Simplified antler forms as homage – to the old 90s logo was retained as a leitmotif

iii. A bird with wings outstretched – reiterates the double-headed eagle of the Raffles coat-of-arms/school crest. 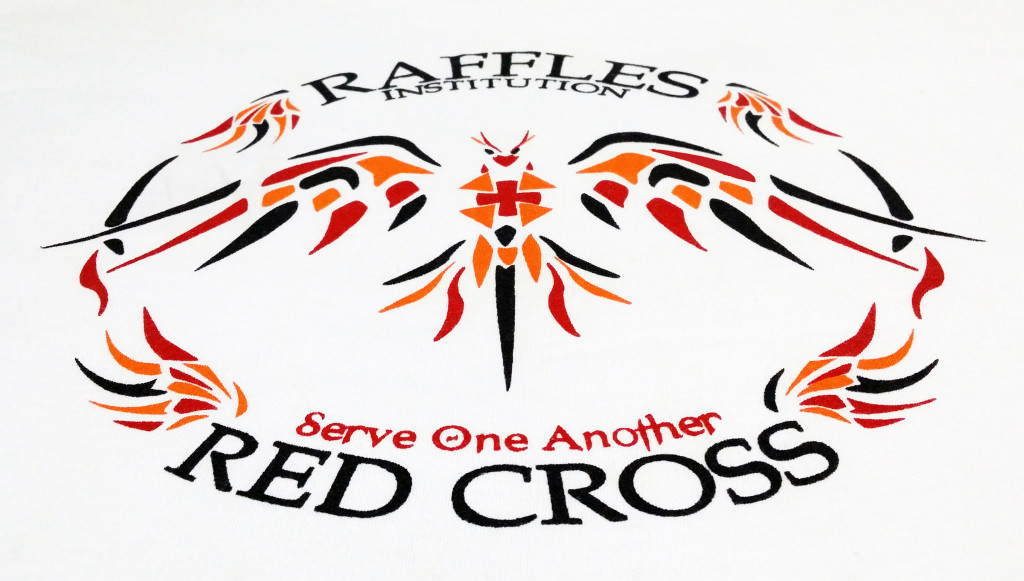 While the original files are no longer in my possession, the photos of the printed design from the first run of proved an important lesson for a fledgling’s first attempt at silk-screen printing processes.

One can observe the inaccurate offset of shapes due to multiple colours being printed in individual separate passes above.