“Nikon”, “FX” and any other applicable technical/business terms are registered trade name(s) of Nikon Corporation, Japan.

An attempt at evaluating a mechanical-shutterless and mirrorless DSLR that is far more compact and lightweight than current offerings.

It was also intended to recreate what the venerable Nikon FM2 stood for: tough, rugged and for people who can be bothered to learn to utilise shutter-speeds and aperture settings. 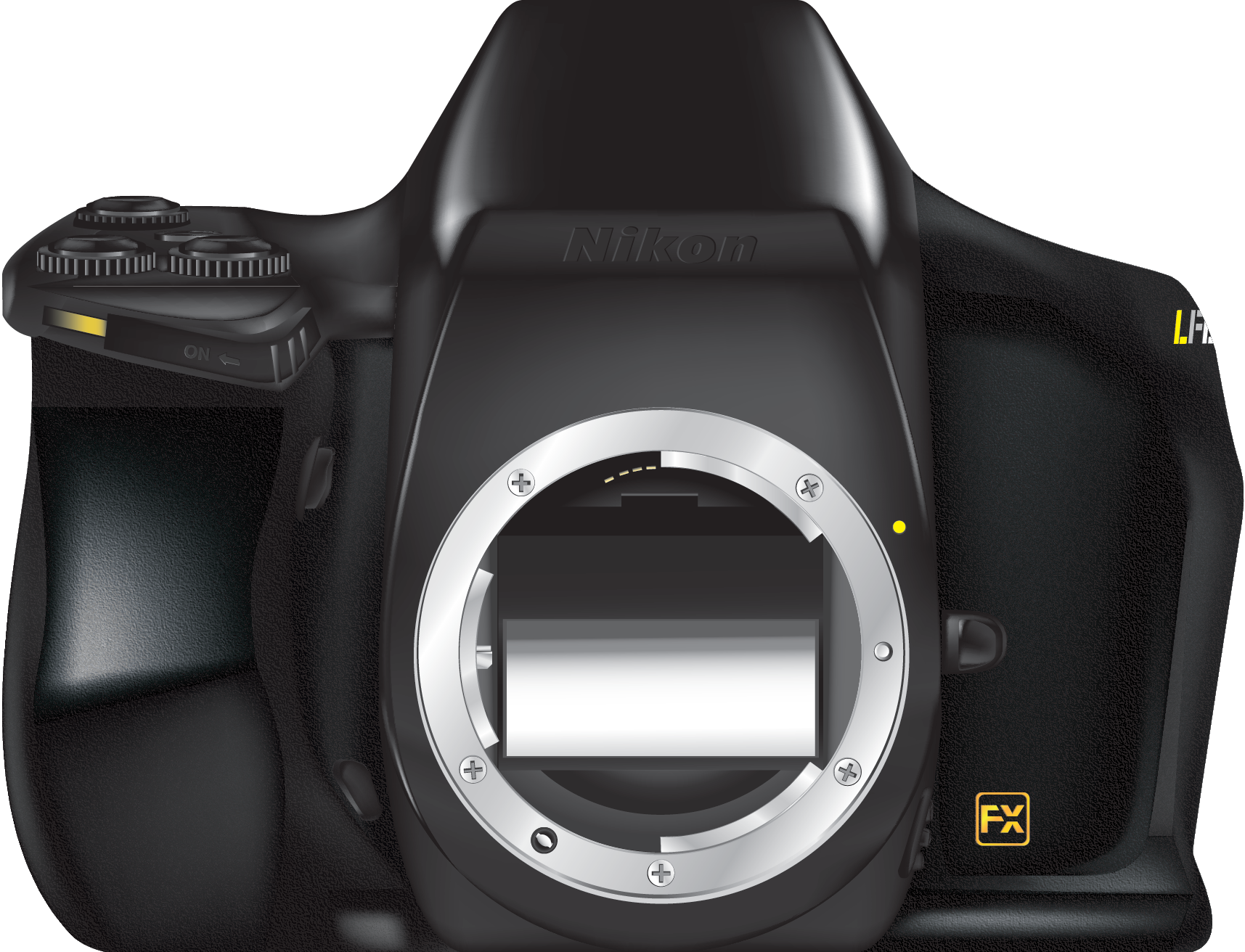 DSLRs are typefied as being heavy and bulky.

Mirrorless interchange able lens camera systems like the “retro-modern” Olympus Pen and Sony Nex series attempts at reconciliating the situation.  However, this is done at the cost of removing an direct line-of-sight optical viewing system. 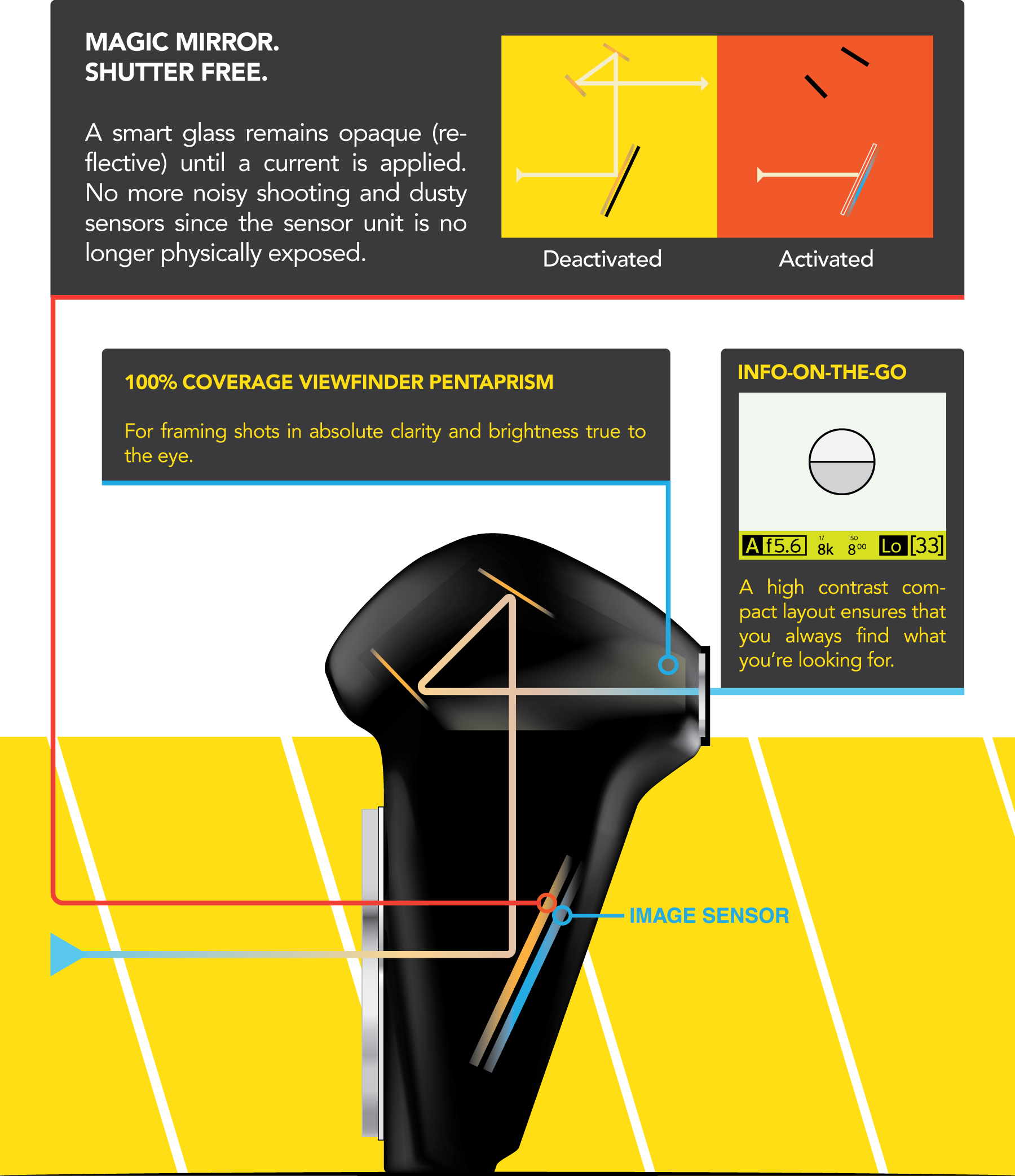 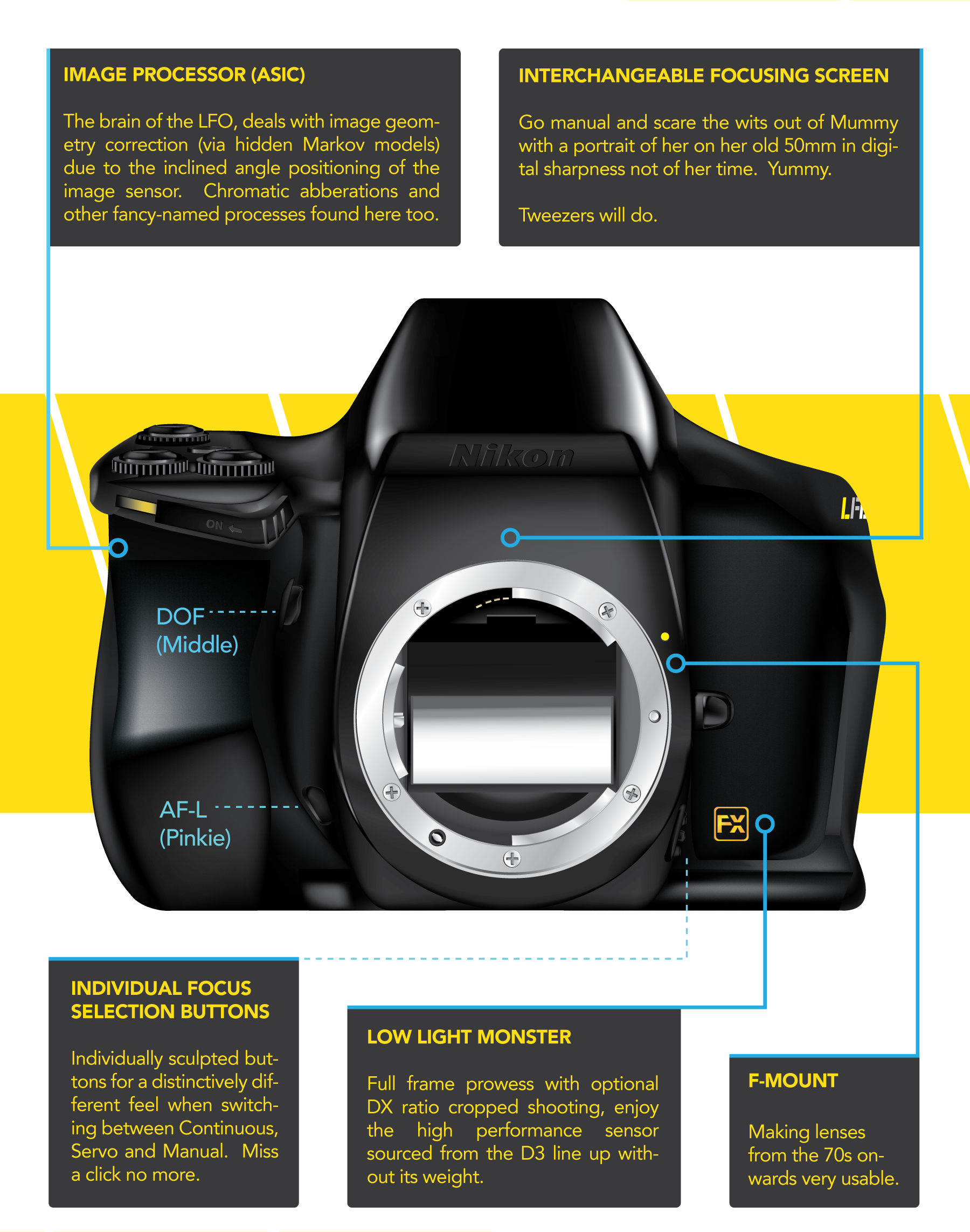 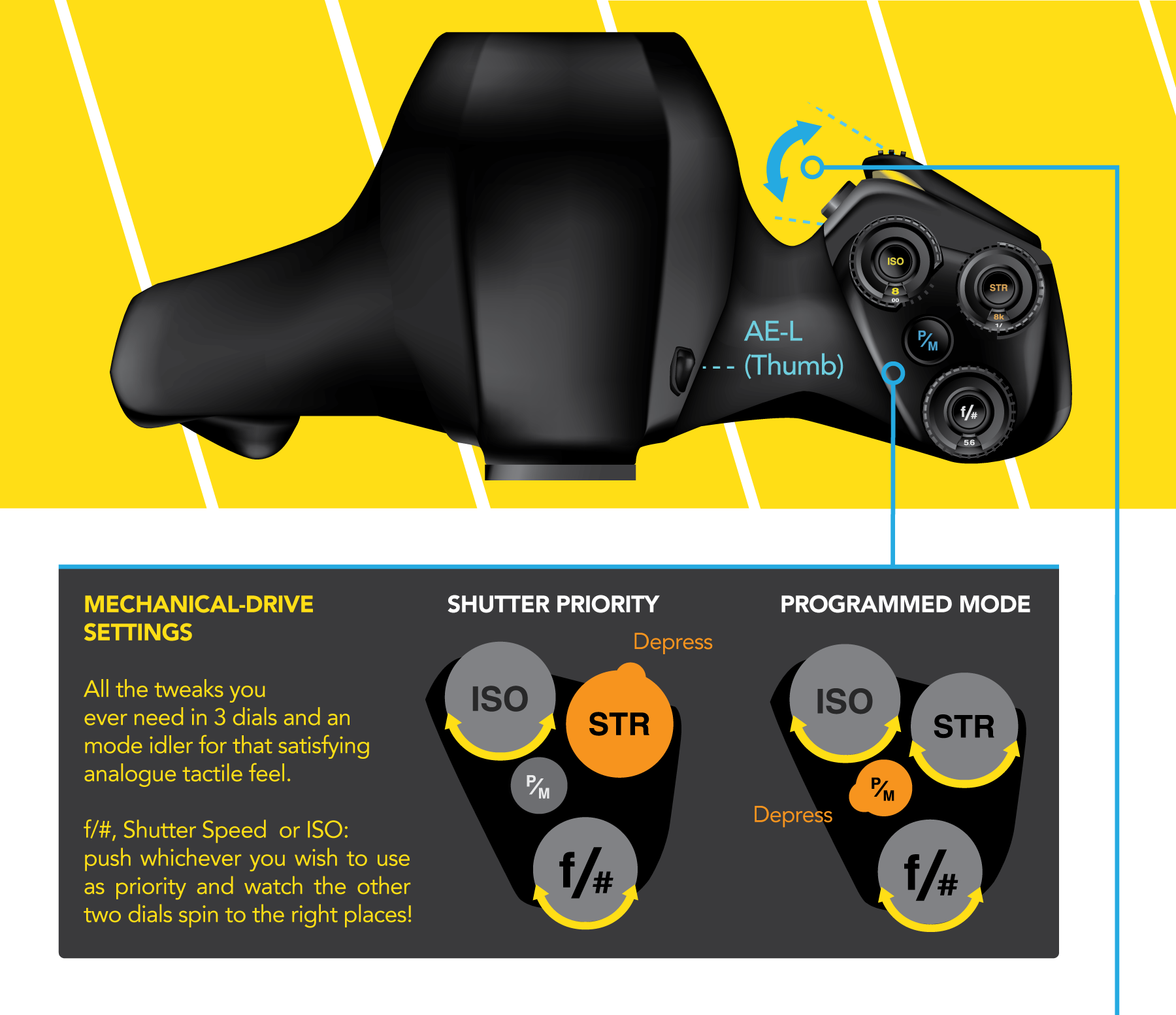 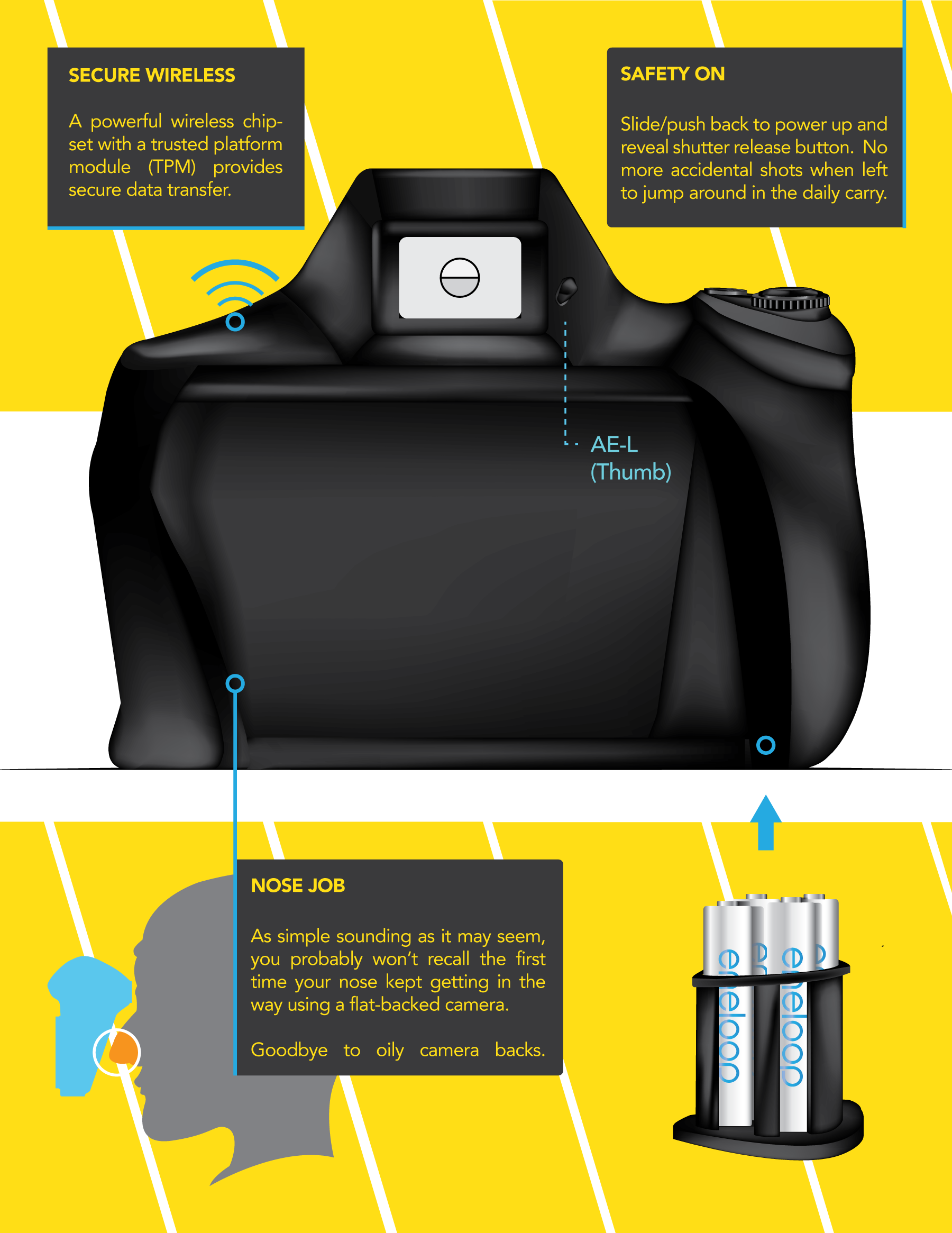 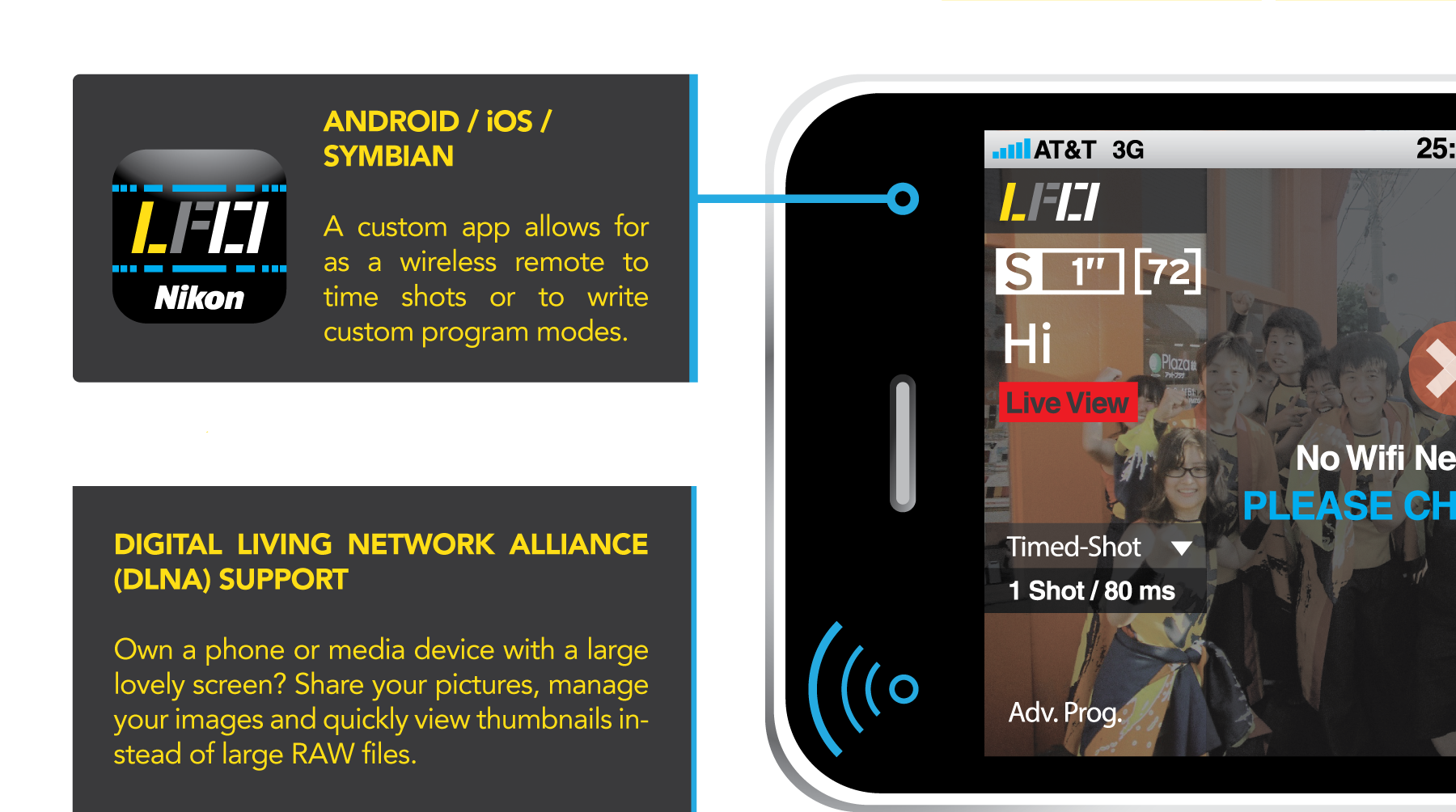 My initial foray into the hobby of photography started in 2009.  It was deeply steeped in experiences with partially automated 35mm SLR bodies from the early 90s.

It is interesting to note how the form of the SLR bodies remained largely unchanged since the introduction of digital image sensors.  DSLRs still appeared to be built around an ‘imaginary film roll back’.

That intuitively became the starting point for re-evaluation: 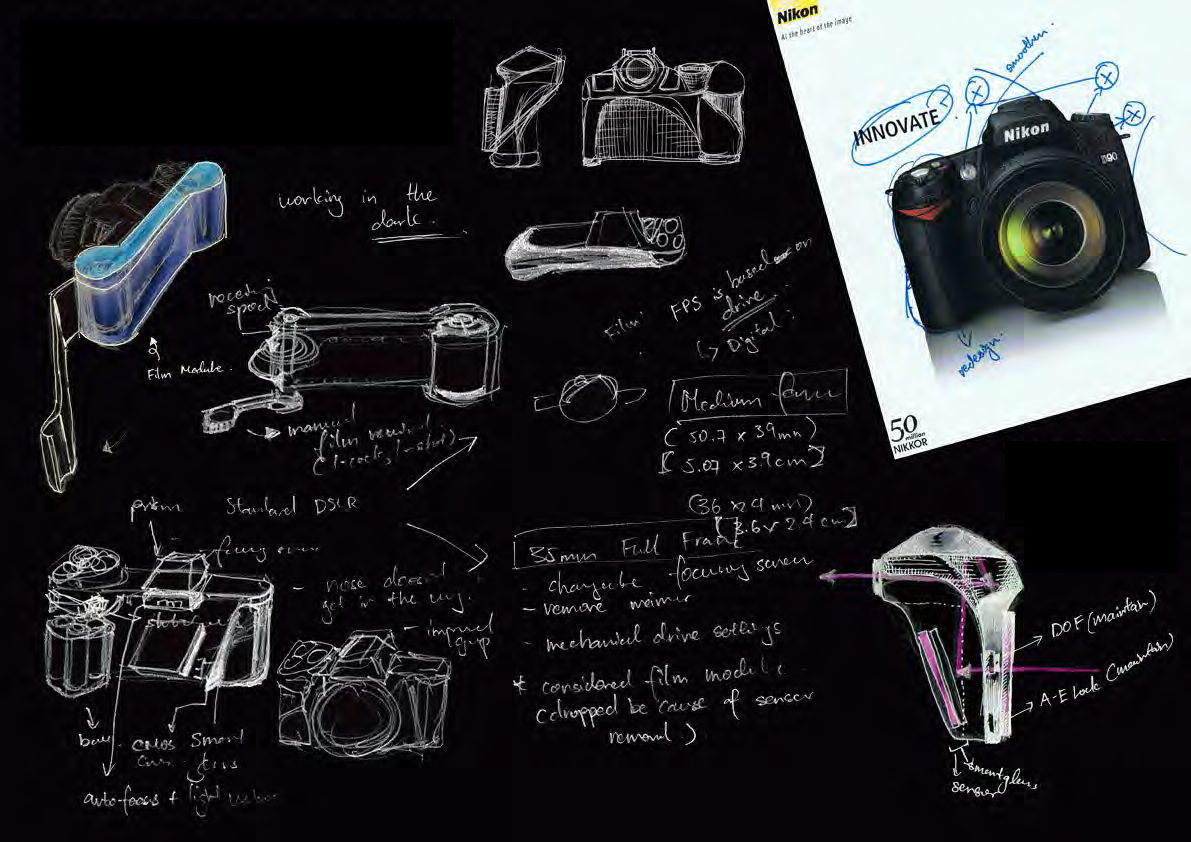 Form studies were used to reflect on previous experiences with a variety of cameras (from consumer point-and-shoots to interchangeable SLR bodies) as they always seemed to produce inexplicable ergonomic discomfort:

Range of finger articulation during grip and simplifying the control interface was a key driving force behind minimising the amount of input hardware:

An organic styling approach was taken to the finalised look of the camera to break away from the ‘black-brick’ look of SLR cameras (digital or film) since the 90s:

Paying homage to the classic ‘F’ outline logo, LFO is short for Light Finding Operation, a befitting name describing its function from mecha featured in an adored 2005 anime series of mine, Eureka Seven (交響詩篇エウレカセブン).