An Ode to Penguins

An Ode to Penguin is a retrospective exhibition organised by BooksActually presenting the private collection of Ms. Karen Wai and Mr. Kenny Leck.  This is the first time an exhibition of antique Penguin books has been held in Singapore with well over a 1000 titles on show (besting even the publisher’s anniversary celebratory attemptsa few years back). 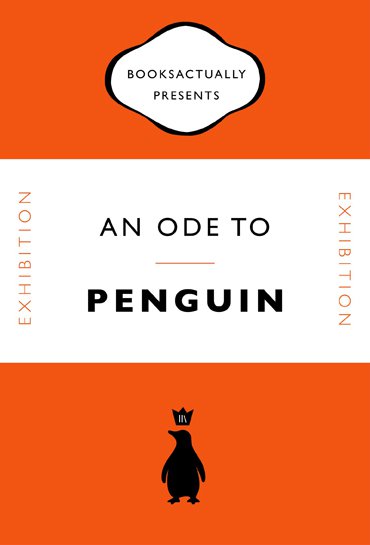 Being a long time friend of the collectors, I was given the privilege of assisting in the setting up of the exhibition space at the The Arts House (previously the Old Parliament House during British Administration). 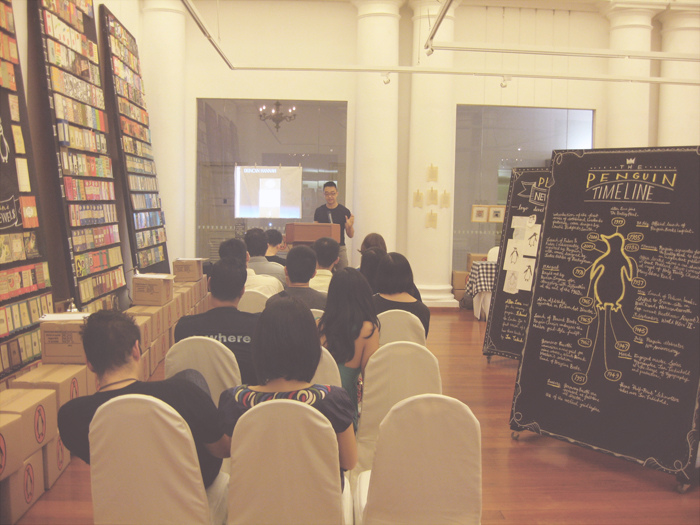 In addition, I was invited to give a short introductory demonstration on hard cover bookbinding as this skill/art form is a rarity in Singapore. 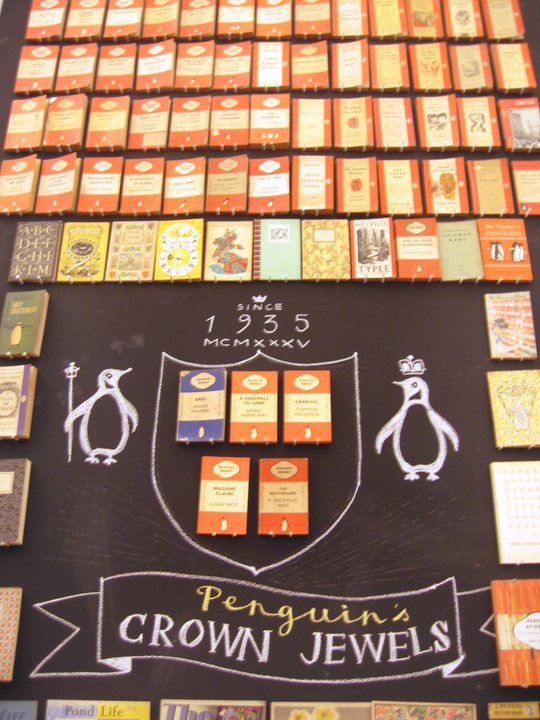 The oldest specimen dates back to 1935 (in blue).   Some were even pre-WWII Royal Air Force station copies from colonial Singapore. 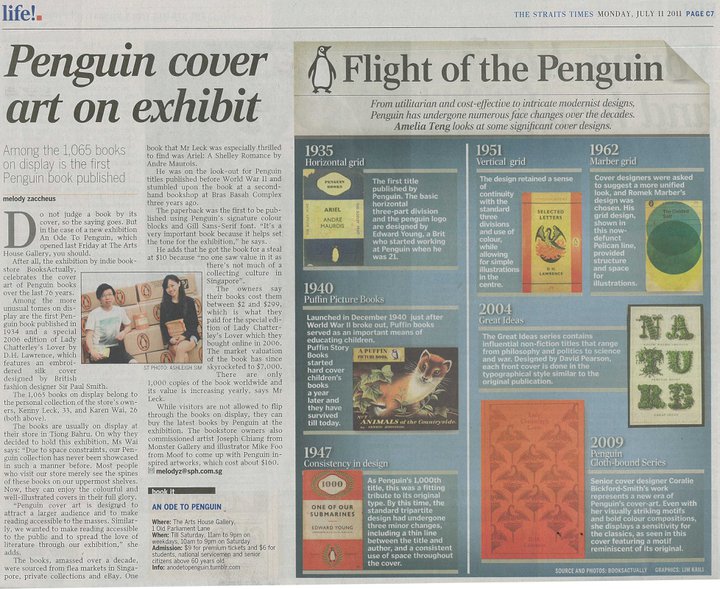 Press coverage pictures of the titles were amusingly taken with my camera phone and then sent off for printing! 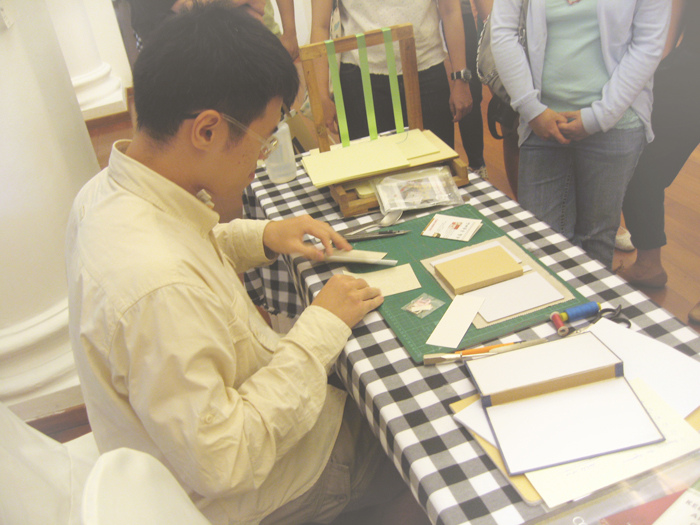 Working with signatures and in the background – a home-made frame that (which used to house a charcoal stove).